Holly Hoon presented his chromatic water piano, activated through touching the surface of the water, interupting rays of light and deft electronics.  Invisible light waves replicated in the water ripples - making the invisible - VISIBLE.  Meditation followed naturally. And a RAINBOW picture from Clara.

Images and ideas were batted around as we ate our spaghetti carbonara at the last Cluburban. Not only that, but we had an impromptu musical interlude from Kerst, as he sang two songs from his new album, ‘Your love is right’ accompanying himself on the Westferry Studio piano. A big thank you to those who presented or talked about their work; Martin Karlsson; Kerst Sikkema; Jon Britten; Debbie Heelan. We set out below some of the thoughts aired during the evening. As we edge towards another cluburban exhibition, please let these ideas inspire you and if they do send in some sketches images or writing which we can put on the website to inspire others. 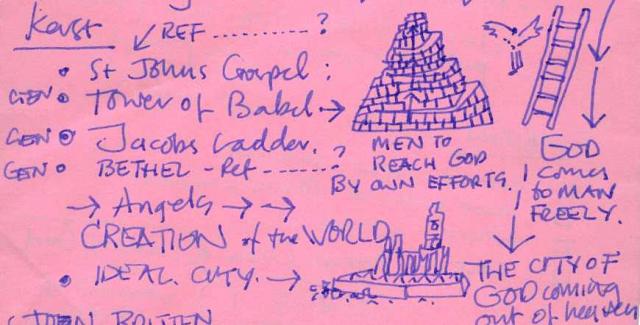 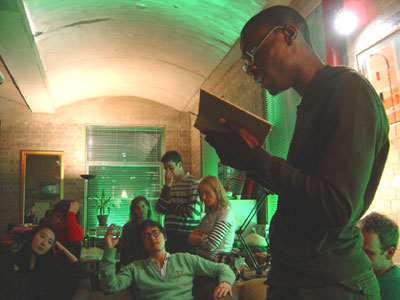 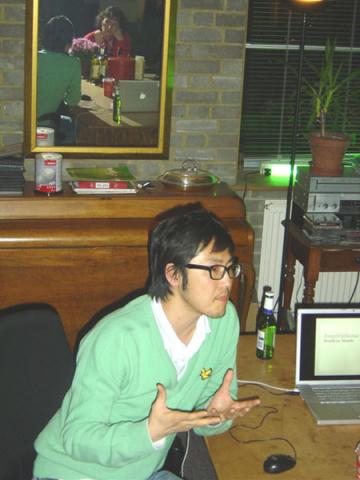 Caroline kicked things off with a presentation of her latest incredible fashion designs based on the natural material - WOOL. (see image lower right) This was followed by chaos depicted on the table top (below) as we groped our way through the stories and ideas in the book of GENESIS. Andrew took movie pictures of this activity which can be viewed on the Utube link......
You-Tube....see movies 1- 10...........>
http://www.youtube.com/watch?v=Bb5ozYxszws&feature=related

Concept for the Exhibition: The two opposing images from Genesis were very strong - Man trying to get up to God by his own ingenuity and God freely coming down to man. This was coupled by two other opposing images; on the one hand that of London's gritty urban setting and on the other by the leafy greeness of Victoria Park. Any ideas for a title for such an exhibition;? Twin Towers - Alpha & Omega - In the beginning - Apocalypse Now - Genesis - The Tower of Babel - God and Man - Town & Country - Russ in Urb - 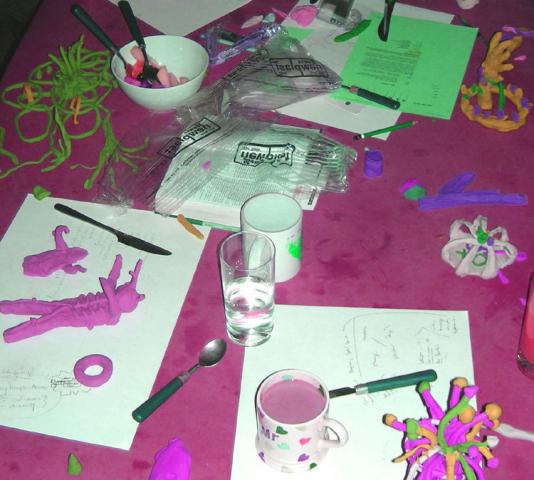 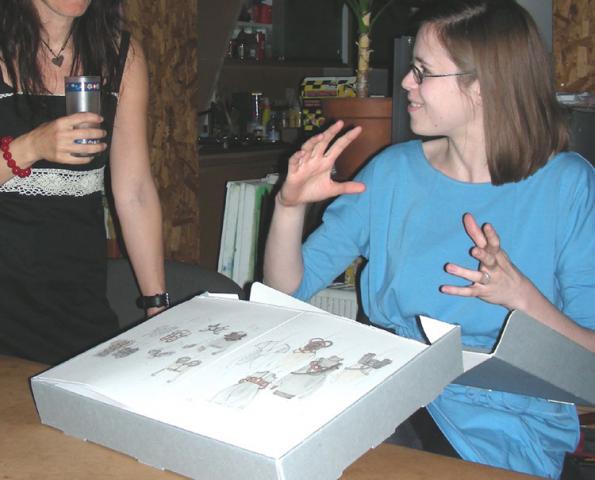 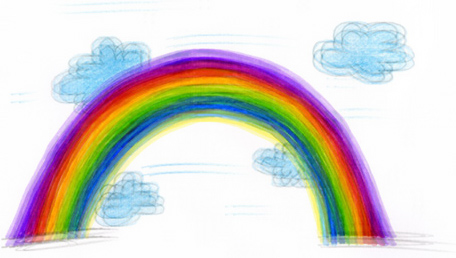 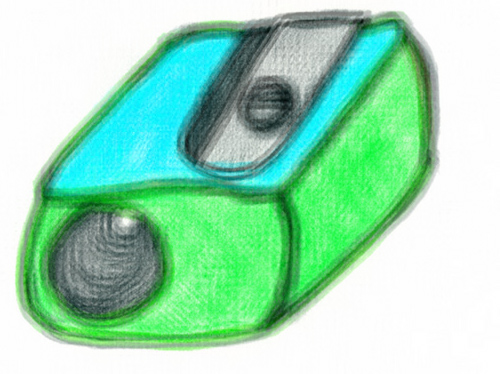 God works through the DNA of history and existance which he himself has created, the enequalled master craftsman and architect. As society moves away from this concept of an overarching power, it looks for a way out of the resulting rampant individulism which has taken its place. Isn't it time that we re-evaluated the necessity of God and his existance? The worthy call to protect our environment from the catastrophy of climate change is yet another modern narrative which like all the others promises a better world, but on its own, is pointing more towards apocalypse with little hope or redemption and may be paralysing us in the process.

PICTURES:
1. Clara had a picture of a rainbow which was a promise from God after the flood (Genesis) that he would never flood the earth again.
2. Buki's picture of a pencil sharpener during a late night communal prayer session suggested that God is however still in the process of honing us -  painful - but all the better to draw with in the end! 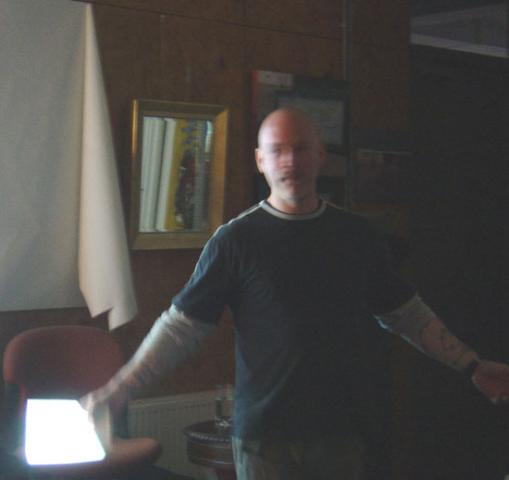 Darren Wolf (..in full flight - left) whistled through a selection of key ideas present in the first book of the bible - GENESIS. These included:
....not to mention arks, floods, famines, dreams, and rainbows. That should be enough to get your insirational juices flowing if you are planning to exhibit in the forthcoming exhibition. HAVE FUN!!

By the way Alex Healey showed two of his recent short film reels made in Italy on a 'Fabric' (Benatton) scholarship about a cymbal maker and an old knife sharpener cycling around the back streets of an Italian hill town - superb!!  We will add Alex's weblink to this website shortly.

Artsist presenting thier work with explanations and feedback. Kasia Bour's images play on the relationship between drawing and photography - (see above)

Visit to the NATIONAL GALLERY (Above)

Christina Newton, (in blue) led us on a tour of the gallery to view paintings in the period 1260 to 1500 based on largely biblical subject matter.